It’s been a great week for me, where I reviewed two very interesting gadgets like the SenseGlove force-feedback gloves and the standalone headset Pico Neo 2.

I also had the pleasure of removing many of the ads that were cluttering my website and offer you all a better experience. This was possible thanks to the generous donations of all my Patrons (you can donate as well!), that I sincerely thank from the bottom of my heart.

For VR and AR, well, summer is seldom the right moment to have many great news, so this week hasn’t been that exciting. But here you are anyway the things that you should know from the last 7 days!

Top news of the week

Multiple reports seem to confirm that Oculus is actually starting the production of a new Oculus Quest headset, with an expected release date in 2021.

There are four pieces of news that make us think that this is happening:

If we look at the data of the three independent reports, we get a clear coherent picture. Oculus is building a new headset that is an incremental evolution of the Oculus Quest codenamed “Del Mar”, probably to be announced at OC7 and shipped next year. The Quest is selling very well, but it is showing some problems with display fill factor and especially comfort and Oculus wants to solve them to increase even more its appeal for the mass market. And the production bump will serve to avoid that it will go permanently out of stock as it is happening now. Furthermore, the competition like the Pico Neo 2 is showing products with better quality than the Quest, and Facebook wants to kill it on start.

While Oculus has discontinued its Oculus Go, Chinese vendor Pico has decided to double down on 3DOF devices, with the launch of the Pico G2 “4K S” and G2 “4K” Enterprise.

These 3DOF viewers feature a 4K display like the previous Pico G2 4K, but have more storage (128GB) and a battery bigger by 20%, to guarantee longer sessions. The Enterprise version has also a front 16 MP RGB camera, that at the moment is only used by the NuEyes startup, but can also be used for some mixed reality experiences by other customers.

I’m personally not holding my breath for these devices, mostly because they just represent a slight innovation from the previous G2 4K. But what is important is that Pico is still fully committed to 3DOF for enterprise, and will continue supporting it for some time for sure. While many people online continue saying that “3DOF is not VR” or that “We don’t need 3DOF”, as a consultant I can tell you that there are sectors where it is still relevant: education, psychology, training, storytelling. I myself am discussing a job of this kind these days.

Of course, it is not the best VR experience, and of course, it is terrible for gaming, but in the enterprise, it has still value and will probably have for at least one-two years. And one of the reasons is that it is much cheaper: the minimum price for an enterprise 6DOF headset is $700, while 3DOF headsets cost less than half of that price. Imagine a Chinese school (that are forced by the government to use VR) how much money can save by buying 300 3DOF headsets instead of 300 6DOF ones (the answer is: around $100K). So, thanks Pico for what you are still doing.

Finally after China and United States, also India has entered the AR race with the launch of the Jio AR glasses. We have very few details on these glasses: we just know that they look a lot like the Nreal glasses, they work by being connected with the phone and that they weigh 75g. They should come with more than 25 compatible AR applications. Rumors say that it should be released in August for around $200 (INR 14000).

In the same conference, Jio has also announced various other projects, and among which the most interesting are:
1. Jio 5G — India’s first 5G network;
2. Google’s investment for a 7.7% stake in Jio Platforms;
3. Google-Jio joint venture to develop an Android-based platform for an affordable 5G phone.

It is very good to see another country launch its own glasses, but the reaction from my Indian friends has been lukewarm for now. It seems that Jio has already promised a foray into XR in the past, but then hasn’t shipped anything. Furthermore, the glasses may not be original, and according to some friends, they look a bit too similar to the 0Glasses RealX Pro, and could be just a rebranding of the Chinese headset (even if the renders look a bit different, to be honest).

So, let’s see what is going to happen in August: if Jio really launches an AR glass for $200, that would put AR to an all-time-low price, and adoption could be really possible amongst all enthusiasts.

The Fraunhofer Institute for Telecommunications (FIT) together with various partners from industry including Apple, Ericsson, Huawei, Intel, Microsoft, Qualcomm, and Sony has confirmed the release and official adoption of H.266/Versatile Video Coding (VVC).

This new standard evolves the previous H265 compression format for videos, reducing data requirement up to 50% while providing visually the same quality. The standard will prove especially efficient for 4K and 8K video and it works with high dynamic range video and omnidirectional 360° video.

News worth a mention

In the book The Final Hours of Half-Life: Alyx, available on Steam, it is possible to discover much interesting information about Alyx. According to the documentary, Valve was initially working on 3 VR games as it had promised the community, but then it abandoned two of them when the third one became much bigger than initially planned. And yes, the 3rd one was Half-Life: Alyx, that it was conceived as shorter and simpler, and then became the big masterpiece we all appreciated. All the resources from Valve were devoted to Alyx, and the other two games were abandoned.

The other games were A.R.T.I, which was built with a Minecraft-like voxel-based game engine, and SimTrek, about which we know almost nothing.

HoloLens 2 has worse visuals than HoloLens 1

In its personal crusade against Microsoft, optics expert Karl Guttag has listed in 4 articles all the defects of the HoloLens 2. I link here below the number 2 of the series (you can read the other ones by using the Next Article/Previous Article buttons on the website) where there is a quite interesting detail: the HoloLens 1 has a bigger pixel density than the HoloLens 2, and visuals appear crisper. Not a great evolution from Microsoft.

Unreal Engine is not exactly the most friendly game engine when it comes to Android development, and that’s why Oculus has just released some facilities to help UE4 developers in iterating Oculus Quest applications faster.

An article by my Patron Ilias Kapouranis analyzes Single Pass Stereo rendering and it shows you that it is not a silver bullet that can reduce your rendering times by 50%. Reading it, you will discover that the time saving is never 50% and that with some headsets you can’t even use it. A very interesting read.

Read about Google experiments with AR and wearables

A very interesting article on CNET highlights some of the experiments that Google has made with 1D glasses, smart tattoos and other cool stuff. Probably these things will never reach the market, but they are overly cool to see. Smart tattoos are very cyberpunk, I would like to have one!

While we have not even started using 5G, companies like Samsung (and Nokia) are already thinking about the next-generation 6G that could enable holograms and smart twins. According to Samsung, it should come in 2028.

That’s very fascinating, but hey, let’s first integrate 5G and then think about the future…

Startup Ostendo claims that it can produce displays for AR glasses with 150° FOV, and it is building a reference design about it. I personally love the idea, but until someone reviews it, I’m also a bit skeptical…

Startup VirtuLeap is building Enhance, a system of brain-training minigames in virtual reality. Enhance is available for many platforms and it claims it can improve your brain performances. I have personally tried it and I think it is nice, and its minigames are very simple to play.

VR shooter Contractors is free to play on Steam until today! If you want to play a good game, it is time to login on Steam!

News from partners (and friends)

My friend Bob Fine is organizing a free week long event for VR and Healthcare the first week of August, and to publicize it, he’s also organizing an Oculus Quest giveaway!

If you are interested in the use of VR for healthcare, register to the event… and in any case, try to win a precious Quest! There are 5 available 😉

VR movies director Gianluigi Perrone has organized on Sansar the exhibition “Dogma VR Factory”, by Saturno Buttò, described as “A virtual barefoot walk in the secret dungeons of the Thelemic rituals”. If you are into esoterism, you will love it.

This July, The Immersive KIND explores the powers of brain-machine technology to talk about sensitive themes like Brain-Computer Interfaces, Augmentation Vs Enhancement, Inclusive Design, Privacy and Ownership of the next generation of VR/AR hardware. As always The Immersive Kind will try to work to promote inclusion and accessibility for the good of the technology of the future.

The conference is free for the readers of The Ghost Howls thanks to the code: ikhuman.

Please, don’t try this at home

We now know how the Oculus logo has born… probably the next controllers will be made out of liquorice.

New people have made memes out of my picture, and they are funnier than ever, so enjoy again this Twitter thread (and contribute to it!)

The support of my Patrons is very important to let me keep this website up and running and also to improve the service I offer through it. As I’ve told you before, now there is much less clutter and less annoying popups on mobile thanks to the generous heart of my supporters that let me remove many ads.

Let’s all thank my Patrons, one by one:

If you like what I do, and you also want to support me in informing the VR community, click the button below, and become a Patron!

Disclaimer: this blog contains advertisement and affiliate links to sustain itself. If you click on an affiliate link, I'll be very happy because I'll earn a small commission on your purchase. You can find my boring full disclosure here.

AR/VR developer, startupper, zombie killer. Sometimes I pretend I can blog, but actually I've no idea what I'm doing. I tried to change the world with my startup Immotionar, offering super-awesome full body virtual reality, but now the dream is over. But I'm not giving up: I've started an AR/VR agency called New Technology Walkers with which help you in realizing your XR dreams with our consultancies (Contact us if you need a project done!) 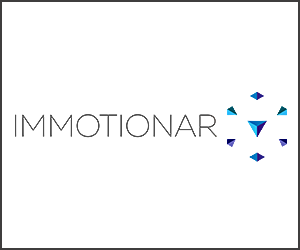 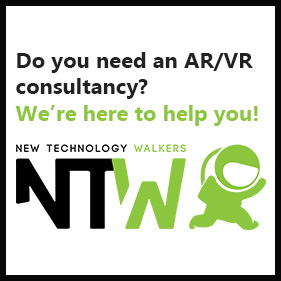 Support me on Patreon!

Donate for The Ghost Howls on Patreon!

Scientific studies certify that if you donate for this blog on Patreon, your happiness will increase by 55%, your productivity by 32% and the average chance of meeting a Panda in your city by 77%.

Never say no to Pandas, donate even $1 a month for this blog to keep it alive!

This website uses cookies to offer you the best browsing experience: preferences saving, social integration, analytics and advertisement functionalities. The use of cookies won't make your computer to explode or me to steal your soul. If you continue browsing this website in any way (scrolling, etc...), you acknowledge that you're ok with this website's cookie policy..OkRead more